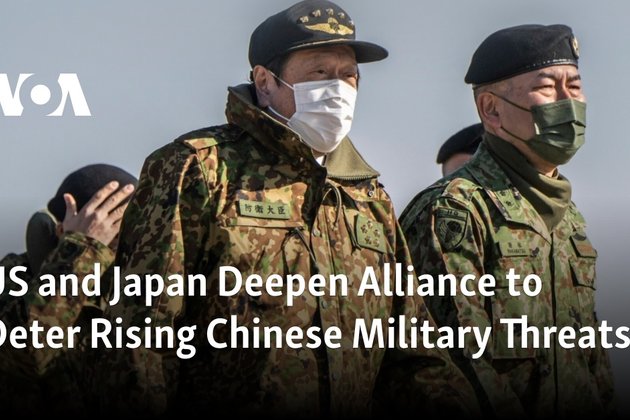 State Department – The United States and Japan will outline Wednesday actions to deter intensifying Chinese military threats in the East China Sea and around Taiwan, including plans to reorganize U.S. Marine Corps units based in Okinawa.

A senior State Department official said the U.S. and Japan will release a joint statement that lays out “countermeasures” amid rising security threats from the People’s Republic of China.

“The big challenge is China, which over the course of the last 15 to 20 years has really ramped up its bellicose behavior, not just in the South China Sea, not just in the border regions of its neighboring countries, but also in the East China Sea, around Senkaku and around Taiwan,” said the official who briefed reporters on background.

The official told VOA “the free flow of commerce through the waters around Taiwan and further south to the South China Sea is one of the huge issues at stake” for Japan and other countries.

Japan’s PM Kishida Vows Deeper Alliance With US on Defense

The United States would discuss its plan to disperse its Marine units throughout Japan’s Okinawa islands by 2026 and arm them with missiles as well as lighter gear to deter China’s military, according to the Japanese newspaper Yomiuri Shimbun.

A recent report by the Washington-based Center for Strategic and International Studies (CSIS) said the United States must be able to use its bases in Japan for combat operations in the event of a Chinese invasion in Taiwan.

“Without the use of U.S. bases in Japan, U.S. fighter and attack aircraft cannot effectively participate in the war,” said the CSIS report.

Japan’s Kishida Highlights Security Concerns on Trip to Europe, US

The deepening of the U.S.-Japan strategic alliance followed the release of Japan’s new National Security Strategy under which it will roughly double defense spending over the next five years and for the first time deploy missiles that can hit military targets in other countries.