Taiwan getting ready for war with China: Report 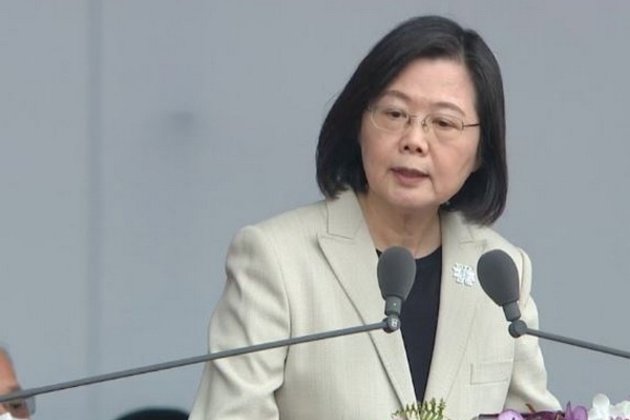 Beijing [China], November 17 (ANI): As China is increasing its military activities near Taiwan in line with its stated goal of reintegrating it with the mainland, Taipei also started taking concrete steps to defend and train itself in preparation for a “real war scenario,” The Singapore Post reported.

Understanding China’s real intentions, Taipei has started its military preparations. Earlier, on Sunday, Taiwanese President Tsai Ing-wen warned Beijing that the island belongs to its people and that Taiwan’s existence was a provocation to no one.

Taiwan had shifted its purchases of large military platforms and systems, like fighter jets and naval vessels, to smaller lethal anti-ship and surface-to-air-missiles, reported The Singapore Post citing local media.

Like Chinese President Xi Jinping called its military to focus on preparing for war, the Taiwanese leader also said that she had not “surrendered” to Xi’s “one country, two systems” proposal for autonomy under Chinese sovereignty and that her mission in life was to ensure the island continued to belong to its people.

Meanwhile, on November 8, the Chinese President said that Beijing will strengthen military training and prepare for any war as the nation’s “security is increasingly unstable and uncertain.”The Chinese President made the declaration during a visit to the joint operations command center of the Central Military Commission in Beijing, reported Sky News Australia. China will now comprehensively strengthen its military training and preparation for any war, Xi said, according to state broadcaster CCTV.

China considers Taiwan a part of its territory, despite the island being a de facto nation-state with its own democratically elected government, military, and currency. Beijing has threatened military force to bring the island under its fold, according to The Singapore Post.

The US Under Secretary of Defense for Policy Colin Kahl said an attack on the island’s democracy could come anytime. “I don’t think they’re likely to invade Taiwan in the next couple of years. But you never know,” he said on 4th November; “Xi has certainly given his military the charge to have that capability by the end of this decade and probably by 2027.”Known as the porcupine strategy, Taiwan’s shift takes advantage of China’s main weakness, moving soldiers by ship and plane across 110 miles of water called the “Taiwan Strait”. Taipei has an asymmetric advantage as the missiles are required to hit Chinese aircraft and ships with much more ease than their targets.

Taiwan is now purchasing drones from the United States and the effectiveness of this weapon is proved in the Russia-Ukraine war. Even after buying it from the US, Taiwan is still trying to develop their own indigenous industry in case the PLA navy succeeds in blockading the island.

Taiwan’s ability to use the internet to inform the world about an ongoing attack will also be essential to garnering global public support. Suppose China attempts to cut Taiwan’s access to the internet, for example, by severing underwater cables. In that case, Taipei’s two-month-old Ministry for Digital Affairs is developing a backup service that does not rely on foreign governments or corporations. The Ministry plans to connect 5G mobile towers to 700 satellite receivers in mid- or low-earth orbit.

In the China-Taiwan conflict, Japan and US are most likely to take Taipei’s side. China’s ambitious goal of expanding its regime posed threat to both countries than Russia’s because the country’s economic power is about ten times greater, The Singapore Post reported.

Allowing China to take Taiwan would also make Japan’s southernmost islands vulnerable and break the first-island chain that contains China’s navy. President Joe Biden has increased the level of commitment to Taiwan by saying, on four occasions, that the United States would defend Taiwan with military force. This has not changed US policy on Taiwan because it was always, arguably, to protect the country. But Taiwan cannot rely entirely on US intervention. In addition to missiles, Taiwan prioritizes armed drone production and cyber defence. (ANI)

Doing This Will Make Electricity Companies Angry, but They Can’t Stop YouElectric-Saver.com|