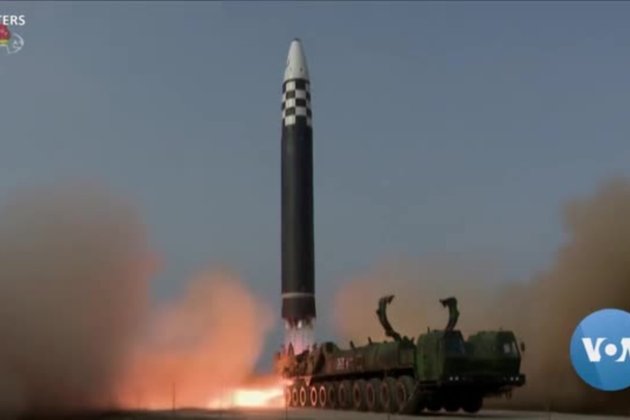 pentagon – The United States and South Korean defense leaders are warning Pyongyang that any use of nuclear weapons by North Korean leader Kim Jong Un would be the “end” of his regime.

“[U.S. Defense] Secretary [Lloyd] Austin and I affirmed that any nuclear attack by the DPRK, including the use of tactical nuclear weapons, is unacceptable and will result in the end of the Kim Jong Un regime by the overwhelming and decisive response of the alliance,” South Korean Minister of National Defense Lee Jong-sup told reporters Thursday at the Pentagon.

In a show of solidarity, the two defense leaders also announced that they were extending the ongoing joint military exercise Vigilant Storm beyond Friday, when it was set to end.

“I’ve consulted with Minister Lee, and we’ve decided to extend Vigilant Storm, which is our long-scheduled combined training exercise, to further bolster our readiness and interoperability,” Austin said during the joint press conference.

About 240 aircraft have participated in the exercise, along with thousands of U.S. and South Korean troops.

‘We remain in close coordination with our ROK ally on any additional changes and the security environment on the Korean Peninsula. Our commitment to the defense of the ROK is ironclad,” Meiners said, abbreviating South Korea’s official name, the Republic of Korea.

A South Korean government source told CNN the ICBM launch Thursday failed. VOA has not been able to independently confirm the reporting.

“What they’re in effect doing is showing Kim Jong Un that his strategy is failing. However, ironically, his failed strategy is also what is making him more desperate,” David Maxwell, an Army veteran who was stationed in Japan and South Korea and is an analyst with the Foundation for the Defense of Democracies, told VOA.

South Korean and U.S. officials have for months warned that North Korea is in the final stages of preparations for what would be its seventh nuclear test since 2006, and its first since 2017. North Korea issued on Tuesday what was perceived as a veiled threat to use nuclear weapons.

Critics of U.S. policy on the peninsula have said the North’s nuclear provocations, coupled with the recent missile launches, could be signs that U.S. and South Korean military muscle might not stop Pyongyang from trying to attack Seoul.