Japan’s PM to attend NATO summit for the first time 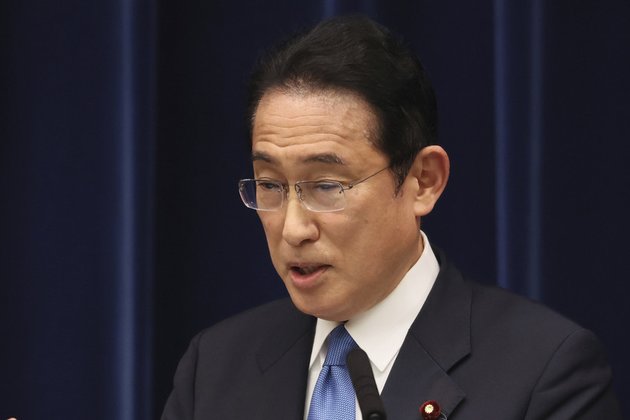 The military alliance is seeking to strengthen its ties with partners in the Asia Pacific region, the bloc’s secretary general has said

Japanese Prime Minister Fumio Kishida announced Wednesday he plans to attend the upcoming NATO summit in Madrid later this month. Kishida blasted the ongoing conflict between Russia and Ukraine, accusing Moscow of violating the “order of the world” with its actions.

“I intend to make an appeal that changing the status quo unilaterally by force is unacceptable anywhere in the world and that security in Europe is inseparable from security in Indo-Pacific,” Kishida said during a news conference. “Russia’s invasion violates the peace and order of the world and can never be tolerated.”

While Kishida is set to become the first Japanese PM to ever attend a NATO summit, he’s not the only leader from the Asia-Pacific region to join the event, the secretary general of the alliance, Jens Stoltenberg, revealed as he spoke ahead of a ministerial NATO meeting in Brussels on Wednesday.

“For the first time in our history we will invite our Asia Pacific partners, the prime ministers of New Zealand, Australia, Japan and also the president of South Korea will participate in the NATO Summit, which is a strong demonstration of our close partnership with these like-minded countries in the Asia Pacific,” Stoltenberg said.

Ukrainian President Volodymyr Zelensky will be invited as well, the official revealed, but it remains unclear whether he will be able to attend the event in person.

“President Zelensky will be invited to the NATO Summit in Madrid. He will be invited to address all the leaders, so when we meet together there at the end of the month. He is, of course, welcome to come in person, if that’s possible for him. He will also address by videoconference,” Stoltenberg stated, adding that the NATO bloc and its partners “have delivered unprecedented levels of support” to Kiev over the past few months.

Russia attacked the neighboring state in late February, following Ukraine’s failure to implement the terms of the Minsk agreements, first signed in 2014, and Moscow’s eventual recognition of the Donbass republics of Donetsk and Lugansk. The German- and French-brokered protocols were designed to give the breakaway regions special status within the Ukrainian state.

The Kremlin has since demanded that Ukraine officially declare itself a neutral country that will never join the US-led NATO military bloc. Kiev insists the Russian offensive was completely unprovoked and has denied claims it was planning to retake the two republics by force.

Meg Ryan Is Probably The Most Beautiful 59 Year Old WomanWTFacts|

Avoid Heinz Ketchup Like The Plague And Here’s WhyTrickytips.com|

Top 10 Ways to Show Your Cats You Love ThemViralBezz|

Don’t Waste Your Items On These “Collectors Items”Post Fun|

Stretches to Prepare You For Doing Split on chairs From Scratch.Splits|