College Students Made the World’s Fastest Solar-Powered EV. It Just Went 621 Miles on a Single Charge. 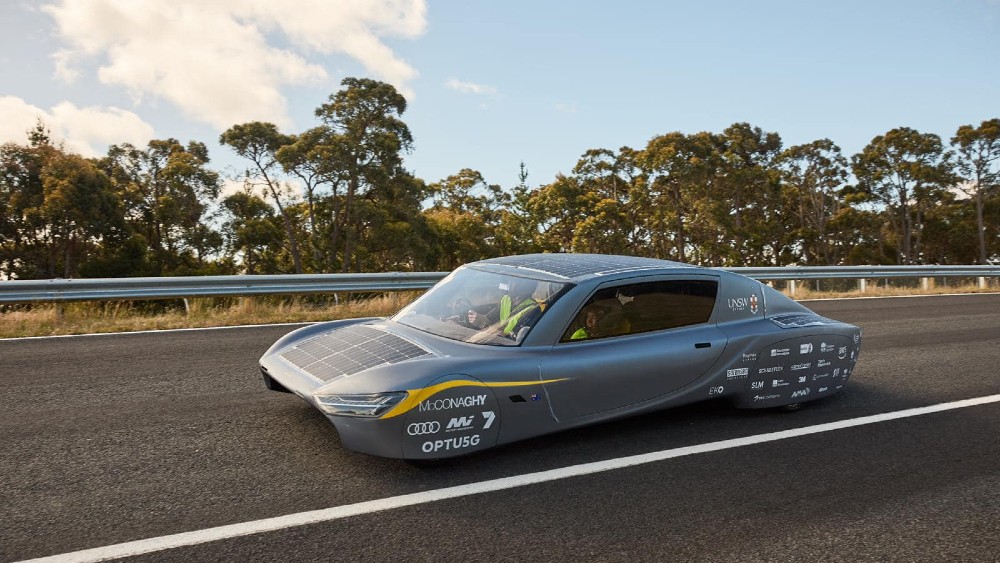 It’s not a legacy automaker or exciting start-up that’s responsible for the world’s fastest solar-powered EV—it’s a group of college students.

Sunswift 7, a solar-powered race car designed and built by engineering students at the University of New South Wales Sydney (UNSW), recently set a record when it became the first solar electric car to cover 1,000 km (621 miles) in under 12 hours, according to New Atlas. It’s not just an unofficial mark, either. It was certified Guinness World Records.

The student-produced car achieved the feat at the Australian Automotive Research Center in Wensleydale, Victoria. The Sunswift 7 set the new record after circling the facility’s test track 240 times in a hair over 11 hours and 52 minutes. During that time, the car traveled at an average speed of 52.8 mph. A few days later, Guinness certified the vehicle the “Fastest EV over 1000km on a single charge” after analyzing and confirming timing and telemetry data.

Two important factors helped the Sunswift 7’s achieve its record—aerodynamics and efficiency. The car, which was developed over the course of two years, has a drag coefficient of 0.095, which is even lower than that of the Mercedes-Benz EQXX concept (0.17). It’s also incredibly efficient, consuming just 3.8 kWh of energy per 100 km (about 62 miles). Most EVs on the road today consume between 15 and 20 kWh of energy over the same distance.

“It feels very weird to think that we’ve helped to make something that’s the best in the entire world,” Sunswift Racing team manager Andrea Holden said in a statement. “Two years ago, when we started to build this car, everything was going into lockdown and there were a lot of difficult moments. But it’s been so rewarding to see the whole team come together and make so much progress and get us to this amazing point. It was a lot of work and a lot of hours and a lot of stress, but it’s all been worth it.”

The Sunswift 7’s performance is impressive, but it shouldn’t come as a complete surprise. Students at UNSW have been working on solar-electric vehicles since 1996, according to the university. Its latest creation is easily its most capable yet and will get to prove as much at the Bridgestone World Solar Challenge, a 1,864-mile race through the Australian outback, next fall.