China responds to US provocation 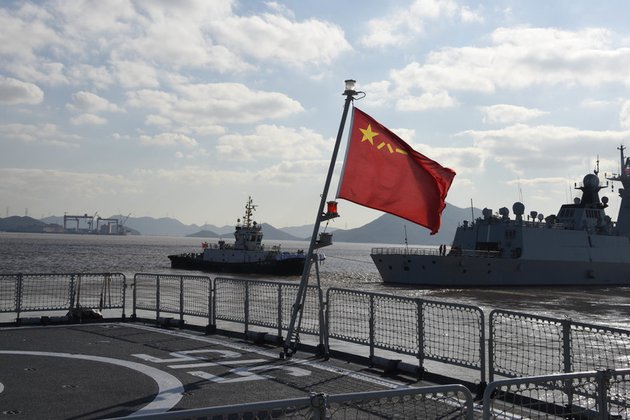 The Chinese People’s Liberation Army (PLA) staged military exercises near Taiwan on Sunday, its Eastern Theater Command said in a statement. Beijing has blamed the US and the self-governing island for the continued escalation in the region.

The military “organized joint combat-readiness patrols and joint firepower strike drills in airspace and waters around Taiwan,” the command spokesman, Colonel Shi Yi, said in a brief statement, without specifying the exact location or the scale of the exercise.

The colonel called the drills “a resolute response to the escalating collusion and provocation by the United States and Taiwan,” adding that the PLA would take “all necessary measures” to defend China’s sovereignty and territorial integrity.

Chinese officials did not reveal the nature of the alleged US “provocation,” but the drills took place just two days after President Joe Biden signed the 2023 US National Defense Authorization Act into law. America’s military budget for fiscal year 2023 authorizes $10 billion in security assistance and fast-tracked weapons procurement for Taiwan.

The Chinese Defense Ministry on Saturday blasted the bill as yet another move that “seriously jeopardizes the peace and stability in the Taiwan Strait” and increases the risk of a direct military conflict between Washington and Beijing.

Taiwan’s government has not commented on the development so far. Self-ruled since 1949, the island nation has never officially declared independence from Beijing. China views it as an inalienable part of its territory.

Tensions around Taiwan have been running high since the visit of US House Speaker Nancy Pelosi to the island in August. While formally following the One China policy and recognizing Beijing’s sovereignty over the island, Washington has actively supported Taipei.

Visits of senior US officials to Taiwan, as well as booming military cooperation between Taipei and Washington, have repeatedly led to objections from Beijing. On Friday, Chinese Foreign Minister Wang Yi accused the US of “stabbing China in the back” in a phone call with US Secretary of State Antony Blinken, and called on Washington to drop its policy of “unilateral bullying.”

4 Reasons for Cats Slap Each OtherViralBezz|