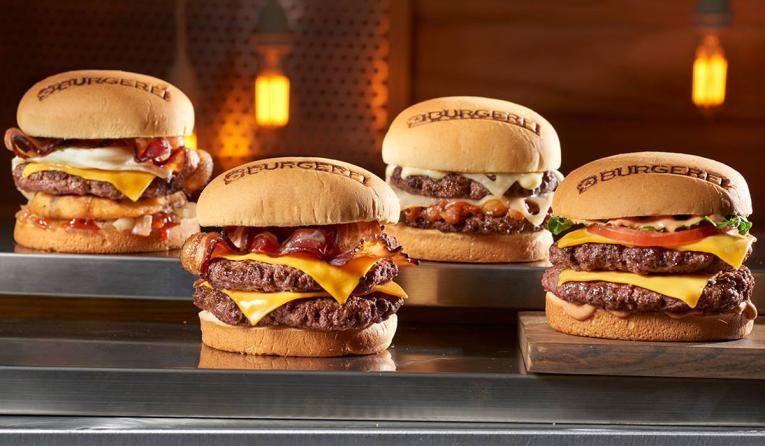 The fast casual began 2021 hoping to debut 25–30 restaurants, but by November, the projections were cut to 18. In reality, the brand finished the year with 16 stores (10 corporate and six franchises), which CFO Michael Rabinovitch attributed to problems with securing equipment, permitting and construction delays, and scarcity of labor.

For 2022, the estimate is more conservative at 15–20 units, and solid progress has been made thus far. In the first quarter, BurgerFi opened six stores—three corporate and three franchises. CEO Ian Baines said the team is “very encouraged” by the strong start and the chain is “well-positioned to meet our new unit opening projections.”

The remaining restaurants this year will be opened by franchisees. For Anthony’s Coal Fired Pizza & Wings, which BurgerFi acquired for $156.6 million, the company is completing documentation to start franchising.

As of March 31, BurgerFi had 124 stores systemwide, including 97 franchises and 27 company-owned outlets. Anthony’s had 61 company-run restaurants.

“Our process of selecting franchisees has evolved to a more sophisticated selection process, resulting in newer franchise partners that are well-capitalized, have restaurant and retail experience, have a deep knowledge of the geography they do business in, and be a good cultural fit for our company,” Baines said during BurgerFi’s Q1 earnings call.

Both chains were impacted by Omicron in Q1, but Rabinovitch noted results were in line with expectations. BurgerFi’s corporate-owned locations saw same-store sales decline 8 percent year-over-year, while franchises dipped 5 percent.

Because of the inflationary impact of food, beverage, and labor, the chain’s restaurant-level operating expenses were 340 basis points higher than 2021. To mitigate these increases, BurgerFi took 3.5 percent pricing in January and plans to implement another hike in June. The size of that second price increase is undetermined, Rabinovitch said.

Digital sales accounted for 36 percent of sales, which is flat compared to Q4 and an improvement of 3 percentage points versus the year-ago period.

To boost its digital channel even further, the chain is continuing to roll out self-service kiosks to many of its company-run locations. Early results show “strong increases” in average check, Rabinovitch said, as consumers are more likely to order add-on products. Baines estimated four or five franchisees will go live with the technology this summer, as well.

“That will then speak volumes to part of the other franchise group,” Baines said. “ … A lot of the franchisees are focused on hospitality. We want to show them that from a franchisee’s perspective, that they can still have both. They can have great guest experience, coupled with good upsell and order accuracy. And we expect that. That’s in the early innings, not to reuse that phrase, but I fully expect and believe that the franchise network will continue to look at what we’re doing and adopt it because it does have a very fast payback.”

“We caution investors not to extrapolate these figures to the rest of the system given the limited scope of the test,” Saleh said in a note. “However, even if the sales lift is just 5 percent, the payback would be measured in a matter of months, not years.”

The brand’s restaurant-level margin in Q1 was below pre-COVID levels because of food and labor inflation and lower sales. However, it did see signs of food cost recovery for the first time in five quarters with the deflation of bone-in chicken wings, which accounts for 33 percent of sales, Saleh said. Anthony’s took 2 percent pricing in January and another 2 percent in May.

The company is confident it can recapture restaurant-level margins of 19 percent when the environment normalizes.

“The stability in cost structure, coupled with Anthony’s sales recovery, reinforces our view that margins should begin to improve as we move into the second half of 2022,” Rabinovitch said.

Overall, the combined BurgerFi and Anthony’s entity in 2022 expects annual revenues of $180 million to $190 million, mid-single-digit same-store sales growth, adjusted EBITDA between $12 million and $14 million, and capital expenditures of $3 million to $4 million.