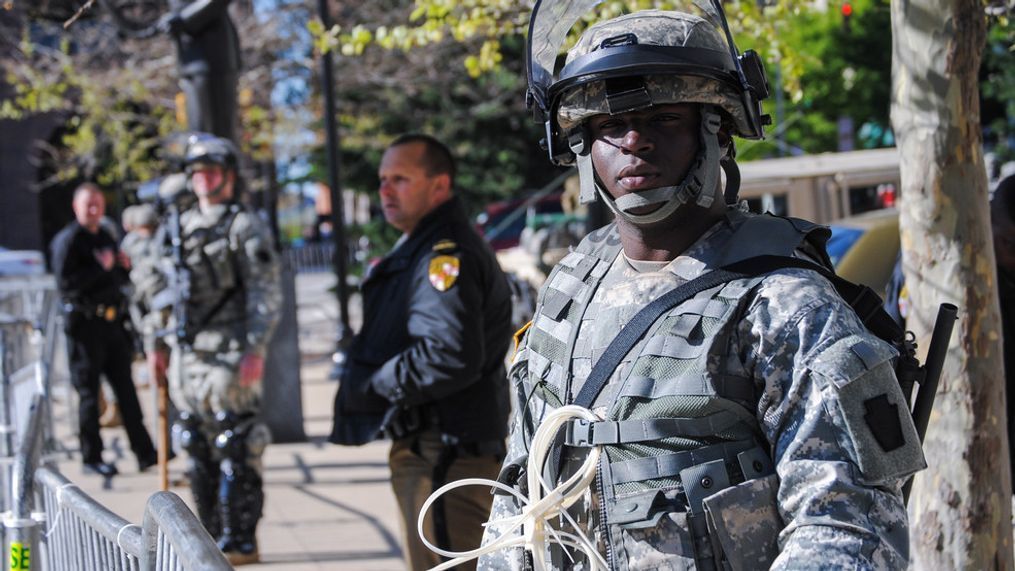 BALTIMORE (WBFF) — The Randallstown’s chapter of the NAACP is urging Gov. Larry Hogan to declare a “public emergency” and deploy the National Guard to Baltimore in an effort to quell rising gun violence in the city.

“This violence in the City of Baltimore is a crisis and up to this point, the government has been unable to quell the violence. Under an emergency declaration, the Maryland National Guard could be assigned to handle routine patrols, direct traffic and respond to accidents, freeing city officers to be in the community, serving the backlog of violent warrants, solving homicides and other violent crimes,” the group wrote in a letter.

Ryan Coleman, the president of the Randallstown chapter of the NAACP, said his group is usually concerned with Baltimore County issues, but he said crime in the city affects the whole region.

“Obviously, criminals don’t care about borders. They don’t care how city-county lines, first and foremost. And so the way that Baltimore City goes, is the way that the region goes. So obviously, we’re concerned about the crime in the area and the region.”

Coleman added that a third of the people arrested for homicides committed in the county live in the city.

“We also have a responsibility to support people in the city as well,” Coleman said.

“[The National Guard is] not a real solution, there needs to be a comprehensive plan to address the root cause of violence and you cannot police your way out of it,” the city chapter said in a statement.

Like other major cities across the country, Baltimore has been experiencing an uptick in violent crime and is on pace to surpass 300 homicides this year for the eighth year in a row. The letter comes after a particularly violent Memorial Day weekend, where a double shooting in the Inner Harbor left a teenager dead and another wounded.

The group noted that most of the victims of gun violence in Baltimore are Black.

“Marylanders and United States citizens residing in the City of Baltimore are subjected to violence without any help from our government,” the group wrote in the letter.