Are we past the peak sellers’ market? Average UK house price hit record high of £289k in May – but rate of growth is slowing, Halifax says

By JANE DENTON FOR THISISMONEY

The average house price in the UK hit a record high of £289,099 in May, but the market is showing signs of cooling, according to new figures from Halifax.

The average price tag for a home jumped by £2,857 month-on-month in May, with prices rising one per cent. This was the eleventh consecutive monthly increase in property prices.

On average, house prices have surged by 74 per cent in the last decade, Halifax said.

In the year to May, average property prices increased by 10.5 per cent, and while this figure remains in double-digits, it is the slowest pace of annual growth seen since the start of the year. 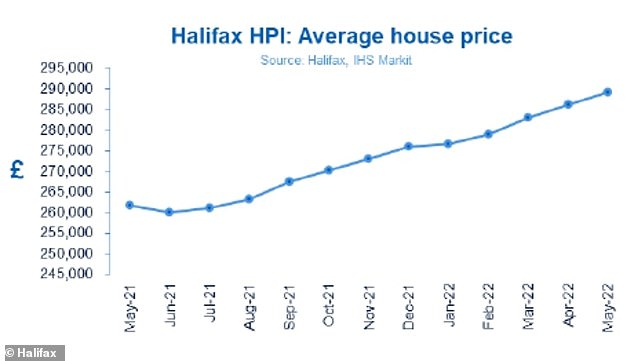 An imbalance between supply and demand for properties remains the primary factor driving the climb in house prices, the report added.

Northern Ireland had the strongest annual house price inflation in May, seeing prices swell by 15.2 per cent.

HOW THIS IS MONEY CAN HELP

The South West of England also recorded a strong rate of annual growth at 14.5 per cent.

In Wales, house prices jumped by 13.7 per cent annually, pushing the average house price there to a record £216,120.

Only Yorkshire and the Humber, Scotland and London recorded annual house price inflation below 10 per cent in May.

In Scotland, house price growth continued to ‘underperform’ relative to the UK average, according to Halifax, with annual inflation at 8.3 per cent. 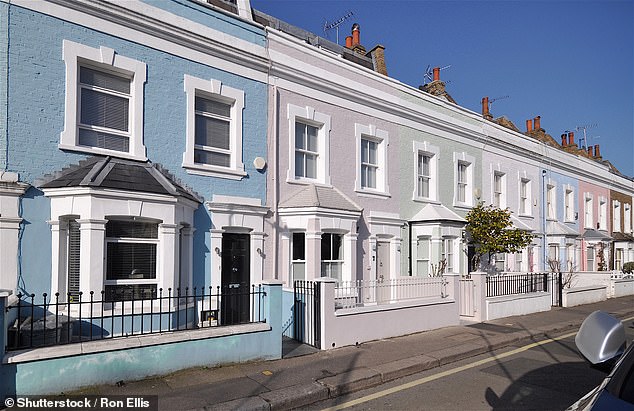 Looking back: Property prices have surged by 74% in the last decade, Halifax said

Southern England was at that time leading a recovery in property prices following the tough economic climate of 2008 and 2009.

Annual property price shifts near you

Here are average house prices in May and the annual increase, according to Halifax:

The strongest inflation over that